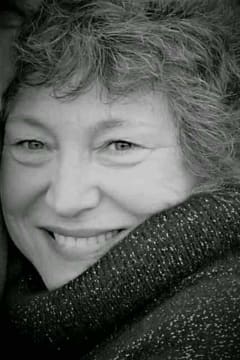 Bonnie was born to Walter and Donna Howell in Owosso, Michigan 03-25-1948, and is one of 5 daughters. She married Mack Baker in 1964 and had 2 sons, Jeff Baker and Greg Baker. She and her young family moved to Oregon in 1976, and soon developed a strong interest in the great outdoors, hunting, and experiencing the wilds of Oregon’s mountains and deserts. Bonnie was an explorer sorts, and was always looking for unique or old treasures, whether scouring the mountains for shed antlers, mining claims for gems, or yard sales for deals. She could be found covered with dust looking for sunstones or other treasures, even on her birthday. She was modest and enjoyed the simple pleasures of life. One year while on our way into the wilderness on her birthday her request was that we stop and get her a bag of “Jelly Beans”. That’s all she wanted – which became an ongoing joke. To her the best birthday gift was being out and about in some remote area of the desert or mountains with her family – she enjoyed a path less traveled.
She was devoted to her family and her Lord God. She was essentially the glue that held the family together and was very intuitive and insightful. She often gave thoughtful direction or would willingly share perspective or suggestions to problems her family members may be facing – but not in an intrusive way.
After her first husband (Mack) passed in 2007 Bonnie married Don Jones of Burns, Oregon in 2008. Together they shared a common passion for pencil art, quilting, and outdoor adventures. They spent most of their time together, and could always be found in one another’s company enjoying some common hobby or project around the home & yard.
Bonnie passed 09-03-2021 at the Harney District Hospital from complications of the Covid-19 virus. She is survived by her husband Donald Jones, sons Jeff Baker and Greg Baker and their families, her 4 sisters Marylou Upton, Deborah Kaminski, Patty Urban, Pam Lamareau, and several step children Ron Jones, Doug Jones, Albert (Jay) Harvey, Robert Harvey, Robin Mendez, and Faith Uptegrove. She was preceded in death by Mack Baker (first husband), Gregory Jones (stepson), and James Lloyd Harvey (stepson).
A graveside celebration of life service is planned for 2:00pm Saturday October 9, 2021 at the George Cemetery located at 41637 SE George Road, Estacada, Oregon 97023.