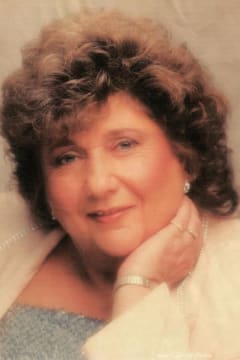 When asked many years ago what she would want written on her tombstone, Cheryl Anice Ovist-Reed replied, “She gave her all and if that’s not good enough, tough!” There are no better last words for this amazing woman who met every challenge, obstacle and aspiration with strength, compassion, intelligence and perseverance. Often it was her family, friends, colleagues and especially the young men and women she worked with throughout her career with Job Corp were the true beneficiaries of Cheryl’s determination to make life better for others.

Cheryl Anice Ovist-Reed passed away quite unexpectedly on May 28, 2021, just short of her 82nd Birthday.

Born on June 12, 1939, to Nadene and Earl Ecker in Eugene, Oregon, Cheryl grew up on the central coast Yachats, until her family moved to CA in her senior year. She graduated from Birmingham High School in Van Nuys, California then attended Los Angeles City College for a year studying psychology and acting, when she met and married her first husband, and the father of her three children, Ronald G. Ovist, in 1959.

Though she never gave up on her dream of being an actress (she acted in local community theaters), Cheryl followed her husband as he completed his enlistment term with the Air Force. Along the way, they had their three children in Alaska, Texas and Los Angeles, respectively. In the late 1960s, Cheryl and her family moved back to Yachats, OR., where she stayed busy as wife, mother, community and school volunteer, and developing her emerging talent as an artist. But perhaps even more importantly, Cheryl’s interest in psychology combined with her empathy and a desire to help others led her to begin what eventually become her career: working with troubled teens and young adults in the community

Cheryl’s intellectual curiosity and desire to acquire new skills and knowledge served her well as marriage came to an end. Her children remember watching as she worked on her typing and other office skills after dinner each night as she prepared for the civil service exam required to work at the Yachats Angell Job Corps. What started as a temporary position as receptionist, became an opportunity for a permanent position as a purchasing agent for the campus, and to get a foot in the door that opened up a long and successful career with Job Corp.

In 1976, Cheryl and Ronald ended their marriage, and with her three children in tow, Cheryl took on one of her biggest challenges yet: she returned to college and earned her Bachelor's Degree in Education and Psychology.

When she returned to Job Corp (in Astoria, then Reno and lastly, at Timberlake Job Corp, in Estacada as teacher and counselor, she earned the respect and admiration of her peers and students attested by numerous awards and honors, including special recognition for her development of drug and alcohol addiction programs for Job Corp Youth.

Cheryl’s hard work, sacrifice and accomplishments are not surprising given her familial predecessors, many of whom came to Oregon in covered wagons as early settlers of the State.

For instance, Cheryl’s, Great, Great, Great, Great Grandmother, Tabitha Moffat Brown (1780-1858), who was honored in 1987 as the mother of Oregon in honor of her “vigorous enterprise and humane spirit,” which led to accomplishments including the Orphanage and Boarding School that she founded and ran (now Pacific University, Forest Grove, OR), undoubtedly shared some of the same determined independence and courage that kept Cheryl going through hardships and losses. Like Grandma Brown, Cheryl met life’s challenges with admonitable tenacity, strength and resiliency, never ceasing in her effort to educate and support disadvantaged youth.

Cheryl was preceded in death by her second husband, Willbur (Will) Reed, who she married in 1988); together they built her dream home, the land planted with fruits and herbs, and home to a variety of birds and animals, domesticated and wild. As Will’s health declined, Cheryl, now retired, focused on his care, and after his death, she too began to decline in health, becoming largely homebound in the last years of her life. But Cheryl never stopped trying to be useful, even beginning the process of creating an online youth counseling program.

Cheryl is survived by her three children, all of whom internalized her respect for knowledge, critical thinking skills, values and principles of decency and equality and an inner strength that served them well through adulthood; her oldest child, Rhonda L Singer Ovist, age 59; her second oldest, Nita M Leistikow, age 57; and her youngest, Vincent J Ovist, age 55.

Cheryl also leaves behind her half-brother, Roland Ecker; her step-son Roger Reed; her good friend and caretaker, Tom Cherry; Seven Grandchildren and two Great-Grandchildren; her close, life-long friend, Irene McBroom; and far too numerous of young men and women, colleagues, and friends to list, all of whom gave her life joy and meaning.

Rest In Peace, Cheryl. We are so glad to have had you in our lives. You will be missed.