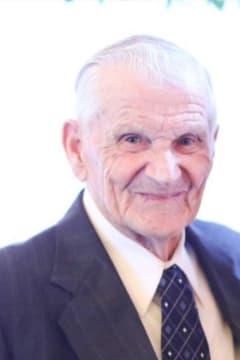 Dewain Frank McGraw – Obituary
Oregon City resident, Dewain McGraw, died at a local care home on Sunday, July 17, 2022. He was 94.
A funeral service will be held 12:30 pm, Friday, July 29, 2022 at Barton Baptist Church. Burial will follow at Redland Pioneer Cemetery.
Dewain Frank McGraw was born June 26, 1928 in Gresham, Oregon to Frank and Alice (Hicinbothom) McGraw. He was raised mostly in Estacada with a short time in California. Dewain graduated from Whittier High School. He worked at various places including owning and operating a gas station. For most of his career he worked for Pacific Northwest Bell retiring in 1985. After retirement, he grew Christmas trees, strawberries and raised cattle. He was married to Dorothy M. McGraw, the love of his life, for 66 years. She passed in 2015.

He was a faithful member of Barton Baptist Church. He enjoyed photography, videography, traveling, family and Oregon Trail history. He had a great love for his grandchildren and being there for their sporting events.
Survivors include his daughters, Vickie McGraw, Marilyn Heaton, Diane Bremer; sons, David McGraw, Steven McGraw; step-sister, Barbara Razo; 14 grandchildren, 18 great grandchildren and 2 great-great grandchildren. He was preceded in death by his sister, Doreen Polling; and his brother, Delbert McGraw.