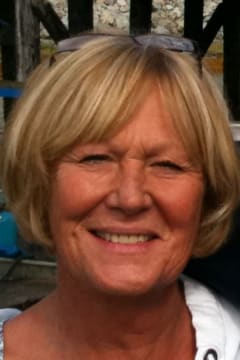 Longtime Estacada resident, Diane Garstka, died at her home on Saturday, March 20, 2021. She was 66.
A celebration of her life will be held 11:00 AM, Saturday April 10, 2021 at Estacada Funeral Chapel.
Diane Elaine Gilchrist was born September 18, 1954 in Ocean Falls, BC, Canada to Kenneth and Sabina (Hawkins) Gilchrist. She attended school there until she was 10 when she moved to Antioch, CA. She lived there with her mother and father and attended Antioch High School. In 1976 she moved to the Estacada area to begin her career in construction in Portland and worked for several different companies throughout the area over the years. Early on she met her husband Peter with whom she just celebrated their 40th wedding anniversary.
Diane enjoyed gardening, reading, music, and spending time with her family. She believed in hard work, was a loving caregiver to her core, and took a sincere interest in every person and animal she met.
Survivors include her husband, Peter, and her four children, Stefani, Ericka, Joseph and Brian. Diane had seven grandchildren: William, Jordyn, Samuel, Sadie, Nathan, Benjamin, and Charlotte. She also had one great grandchild, Kinsley.
In lieu of flowers, contributions may be made to The Humane Society of the United States