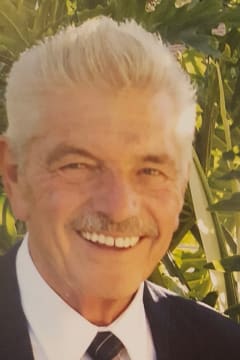 Wilsonville resident, Jim Wiley, died Tuesday, January 17, 2022 at a Gresham Hospital. He was 79 years old.
A celebration of his life will be held at a later date. Private inurnment will be at Willamette National Cemetery.
Jimmy Ray Wiley was born October 29, 1942 in Hurley, New Mexico. He was raised there for a while before moving to Bend where he graduated from high school. At age 17, he moved to San Francisco to work for West Coast Airlines. He married his high school sweetheart, Donna Goddard, in 1960. They later moved to Eugene where he continued working for the airlines. He and Donna divorced in 1965. Jim was then drafted into the US Army and served two years in Vietnam.
During this time, he married Carrie Mitchell. They divorced in 1978. He then married Eddie Lenhart in 1981. They lived in San Diego for 20 years before she passed away.

On his 70th birthday, he married Barbara Smith in 2012. They lived very happily together in the San Diego area before she died in 2019. After a 45-year career with the airlines and 30 years in his “sunny place” of San Diego; Jim moved to Estacada to be near family. Recently he moved to Wilsonville to enjoy senior retirement living. He enjoyed meeting new friends and sharing life stories with fellow seniors. He especially loved the live music and entertainment while there.

Jim was an avid golfer for many years, enjoying several annual trips with his closest golfing buddies. He volunteered many hours for the local Veterans Club in El Cajon, CA. Mostly though, he adored his family and spending time with all of his children, grandchildren, and great-grandchildren.
Survivors include his son, Mark Wiley (wife Misty); daughter, Kris Wiley Lentz; stepchildren, Bryan Mitchell (wife Elizabeth), Brad Mitchell (wife Kerri) and Christina Benninger. Jim had 11 grandchildren, and 5 great grandchildren. He also enjoyed being a step grandfather to Barbara’s 4 grandchildren.