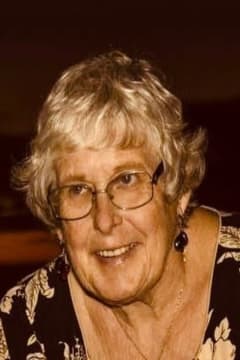 Longtime Estacada resident, Joanne Broadhurst, died in Milwuakie on Thursday, May 7, 2020 of complications of a stroke. She was 82.

Joanne was born November 7, 1937 in Portland, Oregon to Shirley William and Ethel Mae (Upton) Burnett. She was raised in Eagle Creek and graduated from Estacada High School in 1955. She received a degree in business from Oregon State in 1959. Following college, she lived and worked in San Francisco for several years. Upon returning to Oregon, she obtained her secondary teaching certificate and later her MBA from Portland State University and taught business courses at the Estacada High School from 1967 to 1981. After a stint as a computer sales person, she obtained her CPA certificate and owned and operated an accounting and tax business in Estacada until retirement. Joanne was married 3 times: To Kenneth Ross whom she met in San Francisco, to Elwin Shibley of Springwater and to Jack Broadhurst whom she married in 1988. Jack died in 2015.

Joanne was a Charter member of Jacknife-Zion-Horseheaven Historical Society, actively participating in the development and operation of the Philip Foster Farm at Eagle Creek for 27 years. Great-great-granddaughter of Philip and Mary Foster and great-granddaughter of Josiah Burnett who crossed the Oregon Trail in 1853 and married Foster’s daughter Lucy. She was a member of Daughter of the American Revolution and an associate member of Daughters of Hawaii (only “associate” as she was not born in Hawaii) but she spent 26 winters in Kona with her husband Jack and she loved the place so much she adopted the state. She followed her mother’s interest in family genealogy amassing a family tree record with 2500 people listed. Joanne had many friends, both in Oregon and others scattered widely who also wintered in Hawaii.

Contributions may be made to Jacknife-Zion-Horseheaven Historical Society PO Box 1040, Estacada, Oregon 97023 in her name.

EAGLE CREEK, OR
Get Directions »
by FHW Solutions