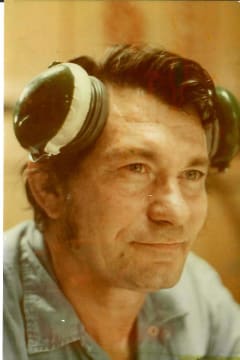 Estacada resident, John LeRoy Anderson died peacefully in his home watching John Wayne movie marathon with his son. He was 87.
The son of Arval and Trella Anderson. John grew up in Kansas.
He was married to the love of his life, Shirley Joanne Scherz in 1955, in Davenport, Iowa and they made their home in Iowa before moving to Oregon in 1961.
John was drafted in the Army in 1957and was an expert rifleman. He worked as a machinist for the Oregonian for 37 years before retiring. The Oregonian supported his taking machinist classes from Portland Community College. He received an associate’s degree in machinery.

John enjoyed riding motorcycles and he and his friends founded the Blue Knights Motorcycle Club in Portland. He served as president several times. He was an avid hunter, having hunted both deer and elk. He was also a member of the Black Powder Gun club in Barlow and went on rendezvous with the club.

John moved from Portland to Estacada where he met and married Pat Cheek in 1995. Together they owned and operated the Sun Hill Farms Smooth-Gaited Horses in Estacada. They bred world champion Missouri Fox trotters. They were members of the Territorial Riders Club. He was an avid horseman and a cowboy at heart.
He also rode with the Old Coots on Skoots motorcycle club in Estacada.
His beloved wife, Shirley, tragically died in 1993. He was also preceded in death by his daughter; Tonja in 1994, wife; Patricia "Pat" in 2011;and son, Todd in 2020.

Funeral service with military honors will be Sunday, October 10, 2021 at 3:00 pm at the Estacada Funeral Chapel, a reception will follow. Private family committal will be at Willamette National Cemetery, Portland. Memorial contributions may be made to: Zeb’s Wish Equine Sanctuary, 34950 SE Colorado Rd. Sandy, OR 97055 please visit : www.Zeb’s wish.org 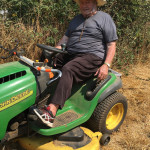 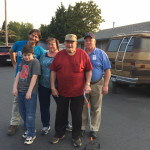 Uncle John as well as his brothers (including my Dad, Jim) and his sister, all had the greatest sense of humor. Every time those Anderson siblings got together you better believe you'd have a belly ache from laughing sooo hard. Sooo much fun! "Unca"John (as he called himself) you will be missed greatly, and I wish your family the strength, love and prayers to get through this difficult time as for the rest of us who love you soo much tooo! Donna (Anderson) Harrington
- Donna Harrington

Craig and I lived with his mom and dad for a short time when we first got married. On the nights that Shirley went to play bingo with her close friends, it was my responsibility to cook dinner for when John got home. One of those nights I was cutting some potatoes to have with our meal when John walked in the door after work. He saw what I was doing and said to me "Hey! You know your aren't doing that right!" "I'm not?" I asked, eager to learn something new. John said "You know when you cut those against the grain like that it makes them tough!" I was a little embarrassed for doing it wrong and replied "I did not know that." At that point John burst out laughing because he had got me! He had totally made that up! And as he walked away I could hear him giggling mischievously all the way down the hall. That is my most favorite memory of John and it still brings a smile to my face. With him you knew that he liked you if he gave you a hard time. Well, he found many more opportunities to give me a hard time over the years! lol He really made me feel like part of the family and will always hold a special place in my heart. He will be greatly missed.
- Marcia Anderson

When I was a child, Uncle John visited us in California on his motorcycle. He was a wonder to me. The combination of him and my dad (his brother Jim) was devastatingly funny. My condolences to the family.
- Dennis A. Anderson

I always enjoyed his stories. He had a funny sense of humor and he opened my eyes to what was going on in the world , it taught me alot of knowledge and useful information. He was probably one of the strongest men I've ever met , an all-around do it himself kind of guy. I will miss the way he'd call out for Craig but most of all I will miss him and his interesting life stories.
- Jennifer Deriso