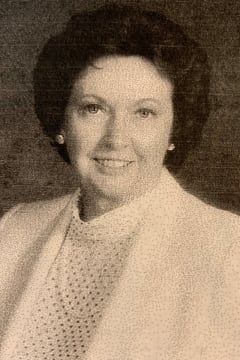 Long time resident of West Linn, most recently Sandy, Oregon, Marjorie (Maggie) passed on March 30, 2021 at 93. Her creativity and intelligence led her on a long and interesting life.
Maggie was born Marjorie C. Coster on February 3, 1928 in Red Lodge, Montana to Raymond and Marjorie (Finley) Coster. Her early childhood was spent along with her sister Donna growing up in remote U.S. Forest Service cabins in Montana where Raymond served as a USFS District Ranger.
The family eventually moved to Missoula where younger sister Patti was born. In those days children had a lot of freedom. Maggie roamed unrestrained on her horse, from the banks of the Bitterroot River to the outskirts of Fort Missoula, where at the time Italian prisoners of war were being retained.
Maggie graduated from Missoula County High School and attended the University of Montana, however her work experience laid the foundation for her later professional success. She spent a number of years in Missoula working for a photography studio. Photography remained an interest and avocation throughout her life.
In the early 50s, she had her daughter, Leslie. A loving mother, but not really the domestic type, she simultaneously established the von Zieten Kennels and became a member of the early American Kennel Association, breeding and showing Doberman Pinschers.
Maggie remarried and after her son Lane was born in Spokane, Washington the family eventually moved to Portland Oregon. Still career oriented, her profession in advertising and public relations began in earnest. In the early 80’s she became the Executive Vice President of Evans/Kraft Advertising in Portland where she served as production manager, writer, and media director. In 1987 she joined the Oregon, Washington, California Pear Bureau as Vice President of Communications, promoting USA Pears nationally on behalf of growers from three states. After much soul searching, she finally retired from the Pear Bureau when she turned 80.
Along the way she continued her creative pursuits, showing her photography, and exhibiting and selling her papermaking and collage work in galleries in several states. She also published a series of children’s books in relation to her work for the Pear Bureau.
In retrospect Maggie’s happiest times were probably spent with her late husband Sheldon (Shell) Goldstein on board their fishing boat, “Lyra”. Over the years they had various boats, but they were all named “Lyra”. Perhaps prophetic.
Lyra is a small constellation containing one of the brightest stars in the northern hemisphere used in celestial navigation. We’re confident Maggie and Shell are hand in hand, happily headed north toward Lyra.
Survivors include her daughter Leslie André and son-in-law Tom Dalquist. A private family service will be held at Willamette National Cemetery. Any memorial donations may be made to the Alzheimer’s Association.