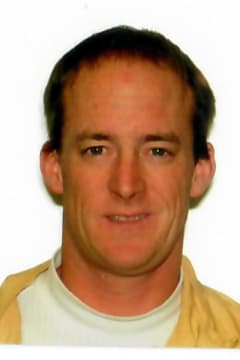 It is with great sadness that we report that our precious son, Michael John Maher (aka Weasel), died by suicide March 3, 2022 at his home. He was 51 years old. We are overcome with grief. We believe his life became too much for him. Michael was such a joy, and he freely gave joy to his wide circle of friends. He was always ready to help a friend or stranger. We will miss him every day. However, we know he is keeping busy talking with the angels, and they are patiently listening. Michael always found someone who needed talking to.
Michael was born July 16, 1970, in San Mateo, Calif. At age 7 we moved to Portland where he graduated from Grant High School. He joined the U.S. Army in 1988 and was honorably discharged in 1991. Michael was a combat veteran who served in the Gulf War in Kuwait and Saudi Arabia. He went on to receive a Bachelor of Science degree in Marine Transportation from California State University Maritime Academy. He held a 3rd mate license. Michael enjoyed riding motorcycles and working on them. He also was an avid scuba diver. For many years Michael and Mom went to Mexico to scuba dive. They always had a great time.
Survivors include his parents, Mark and Karen Maher, Michael Burns; uncles, Michael Johnson and Michael Maher; aunts, Barbara Johnson, Ann Maher and Cheryl Maher; cousins, Hillary Pequeno, Shannon Chandler, Erin Beebe, Kristin Scott, Erika Parker and Jason Maher.
A graveside service with military honors will be held at 10 a.m., March 29, 2022, at Willamette National Cemetery. All are welcome. Please arrive by 9:30 a.m.
May his memory be a blessing.
National Suicide Hotline: 800-273-8255, press 1.