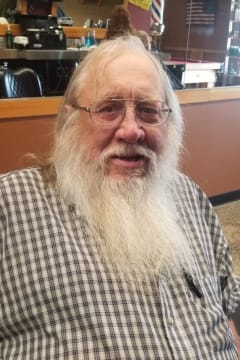 Estacada resident, Michael Irwin, died at his home on Friday, July 22, 2022. He was 72 years old.
Michael Maurice Irwin was born November 23, 1949 in Oklahoma City, Oklahoma to Odis and Dorothy (Ranken) Irwin. He was raised in Harrah, Oklahoma where he graduated from high school. After high school he entered into the US Marine Corp. After he was honorably discharged, He met Laurel Fentress while attending college in Missouri, he then married Laurel Fentress in her home town of Goldendale, Washington. They had a daughter Lena. Laurel and Michael later divorced. He worked most of his career in the Boilermakers Union as a journeyman welder he retired in the mid 2010’s. He moved around quite a bit in his lifetime but really enjoyed living in Estacada.
Mike enjoyed working on old cars and working with his hands. He was a songwriter and singer and had a great love of bluegrass and country music.
Survivors include his daughter Lena Jones of The Dalles, Oregon; grandsons, Mason and Zachary Flock; granddaughter, Shelby Jones.
His cremated remains will be buried at Davis, Oklahoma to be with his brother and parents.