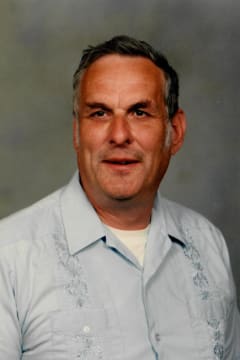 Ralph Wellington Branson was born on July 23, 1937 in Missoula, Montana to Otis and Katherine (Moore) Branson. He went to our Heavenly Father on October 1, 2022 at age 85. Ralph grew up in Livingston, Montana and graduated from Park County High School in 1955. He went on to pursue a degree in education at Linfield College. While at Linfield, he was invited to an Oregon state University football game where he met the love of his life, Alice (Jones) Branson. They were married in Tillamook, Oregon on August 15,1959.
Ralph and Alice made their first home together in Turner, Oregon, where Ralph worked as a Remedial Teacher at Cascade High School, teaching struggling students how to better their reading skills. After completing his Master’s Degree at the University of Oregon in 1966, Ralph went to work of the Estacada School District as the Special Education Director. In 1977, he moved his family back to their old stomping grounds in Montana where he worked as a Budget/Data Manager for the State of Montana. Ralph later brought his family back to Oregon where he served as a Special Education Director for the Sandy School District until his retirement.
Ralph had many passions in life. He spent many years volunteering as a firefighter, ambulance driver, and EMT, and always wanted to help his community and others as much as possible. He served as a school board member, city infrastructure committee member, and consultant. His faith was important to him, and he was very involved in the Estacada First Baptist Church and Gideons. Ralph was also a member of the Mt Hood Rock Club. He spent many years of his life selling and collecting rocks. He traveled to Michigan to collect amethyst, Easter Oregon to find petrified wood and obsidian, and was planning a trip to the thunderegg farm with his great grandchildren. It was a hobby he loved dearly.
Survivors include his beloved wife of 63 years Alice Branson; daughters Margaret Branson and Diane (Mike) Hawman; son James (Debbie) Branson; brother Dr. Dean (Sharon) Branson ; sisters-in-law Fran Jones and Bev (ken) Steinke; brother-in-law Rod (Jeanetta) Jones; grandchildren Alex (Emily) Hawman, Alison (Chad) Green, Mary (Zach) Nice, Kevin Hawman, Sarah (Cory) Erstrom, Benjamin Branson, Thomas Branson, and great grandchildren: Owen, Jack and Gemma Hawman; Brynlee, Mela and Harper Green; Blaire and Poppy Nice; and Hudson and Avery Ernstrom.
A Memorial service for Ralph is scheduled for October 8, 2022 at 1PM at Estacada First Baptist Church. In lieu of Flowers, donations may be sent to Gideons International or Estacada First Baptist Church.