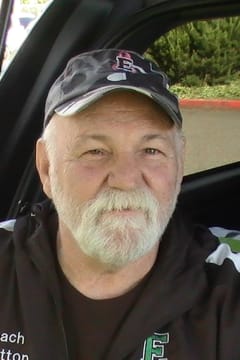 Rex D. Stratton – Obituary
Longtime Estacada resident, Rex Stratton, died at his home on Tuesday, July 5, 2021. He was 71.
At his request no service was held.
Rex Delano Stratton was born March 12, 1950 in Portland, Oregon to Vernon and June (Wilkinson) Stratton.
He was raised in Portland and graduated from David Douglas High School in 1969. After high school he went to culinary school and became a chef for many years. On July 7, 1971 Rex married Launa Stickel in Portland. He later owned and operated an auto alignment shop. Rex retired in 2000. He was the wrestling commissioner for the Portland Officials Wrestling Associating for many years and coached wrestling for the last 2 years at Estacada Middle School.
He enjoyed watching TV, The Saint, Mannix, Monk and old westerns, working on automobiles of any kind, coaching sports (softball, Football, Wrestling)
Survivors include his wife, Launa; sons, Buzz (Tracie) Stratton, Kendall (Jody) Stratton; daughter, Demi Wells; grandchildren, Ty Birtchet (Joey) Green, Dora (Elijah) Pierce, Isaiah Avril Bennett and Krystine Birtchet. Grandsons, whom he helped raise, Bryan Stratton, Tyler Wells and Chris Benson.