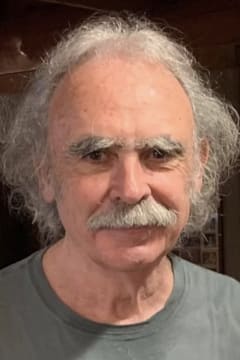 Robert “Roberto” Wayne Morganti – Obituary
Longtime Estacada resident, Roberto Morganti, died in Brightwood, Oregon on Saturday, April 23, 2022. He was 71 years old.
A celebration of his life will be held at a later date.
Robert Wayne Morganti was born April 28, 1950 in Eugene, Oregon to LeRoy and Ellen (Crosen) Morganti. He graduated from high school in Eugene and entered into the US Air Force, where he was later honorably discharged. He then went to school for several years, ultimately earning three degrees; A BA in landscape architecture from OSU along with a BS in math, and a masters in landscape architecture from U of O. Before pursuing his masters degree, he spent several years in the mid-1970s involved with and attending Del Arte International School of Musical Theater. During this time, he learned the art of juggling, performed regularly with a Vaudeville group, and got the chance to open for some incredible shows, including Jerry Garcia and Santana. In 1977 he entered into and won the International Juggling Association competition for world’s best three ball juggler.
On May 18, 1985 Roberto married Sharon Petty in Elmira, Oregon. In 1991 they moved to Klamath Falls Oregon, where their family would expand with the addition of two sons, Jacob and Brandon. In 2002 they moved to Estacada happily raising their boys, while tending his annual vegetable garden and caring for the fruit orchard in their front yard.
His professional years were spent working for the U.S. Forestry service, assessing stands of forest and determining safe and sustainable sites for logging, appropriate placement for campgrounds, and contributing largely to conservation. In fact, the thesis for his masters degree was an analysis of the landscape ecology of the habitat of the Northern Spotted Owl and was published into a National Journal of Science. After 23 years of service, he retired in 2014 and continued spending his time tending his garden and completing projects around the house.

Survivors include his wife, Sherry; sons, Jacob and Brandon Morganti, and Zack Walsh and grandson, Kyler. He was preceded in death by both his parents, and brothers, Bill and Jim.
In-lieu of flowers, the family requests donations be made to the Oregon Hospice & Palliative Care Association in Roberto’s name.