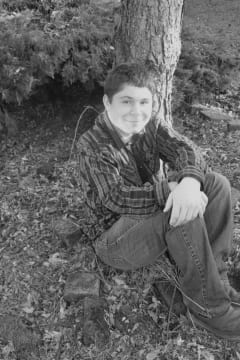 Skyler Alan Kurtz is the oldest child of Mike Kurtz and Kim Jackson Kurtz. He was born in
Gresham, Oregon, on February 27, 1996. He later moved with his family to Estacada, where he
lived for the last 23 years.
He was no stranger to incredible challenges and insurmountable odds - that he met head on.
Sky was born with severe nerve damage to one of his arms. His childhood would include nearly
three years of surgeries and physical therapy appointments. Rising above became his
signature. Perhaps, that’s why God graced him with that beautiful smile and a heart bigger than
life. One would be hard pressed to find a more loyal son, brother, or friend.
In August of 2018 Skyler met his greatest challenge. He suffered a traumatic brain injury after
surviving a devastating auto accident. Faced once again with odds bigger than life - he fought
valiantly. Sky’s family and friends rallied around him and never gave up. His mother never left
his side. She was and is his biggest cheerleader.
On the morning of April 22, 2022 Skyler’s fight ended. With his mother by his side, he passed
into a place where pain no longer lives. He suffers no more.
Skyler loved his family and friends and all things driven by motor power. He loved wheeling and
long nights around a fire with those he called family. He had an amazing sense of humor and a
knack for making others laugh. He lived life out-loud and wanted all it had to offer.
Skyler will be forever missed by all who know and love him. He left a forever mark on our hearts
and in our lives.
Survivors include his mother, Kim Jackson Kurtz, father, Mike Kurtz, brother, Devin Kurtz, and a
community of friends he calls family.
A celebration of life will be held at 12:30 p.m., Saturday, May 7, 2022 at Estacada First Baptist
Church.