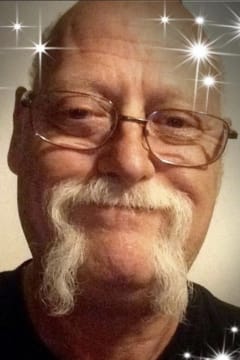 Thomas “Tom” Wayne Smith, Sr. Aka “The ButtonMan”, a long time Estacada resident, died Friday, May 21, 2021. He was 68.
A gathering and viewing will be held Friday, May 28, 2021 at Estacada Funeral
Chapel from 4-7 pm. A Celebration of Life will be held at a later date.
Tom was born October 26, 1952 in Charleston, South Carolina to
Earl and Martha (Klein) Smith. Tom was born prematurely weighing less than 2lbs and got Polio when he was 9 months. He was raised in California where he graduated from high school in 1972. He married his first wife Janice (Hoskinson) Williams and had two children Tom jr in 1972 and Carol in 1974. A few short years later they separated and Tom moved to Oregon in 1976 with his children.
Working as an RN at a nursing home he met his second wife Deana Johnson and later married on July 28, 1984 where he gained two grown children, Wendy Igo (D. in 2021) and Steven Igo. They moved to Estacada in 1990. Dea passed in 2008. He was an orderly at Kaiser Sunnyside Medical Center for 22 years before retiring due to medical issues in 2009.
Tom enjoyed making buttons, photography, telling jokes, laughing and enjoyed visiting with everyone and making them smile.
Survivors include his daughter, Carol (Roger) Chapman; sons, Tom Smith, Jr.,
Albert (Micki) Smith; his 5 siblings; Rita Adamson of California, Twin sisters, Arlene Long, Marlene Wheat of California, brother Robert Smith of California, and Sandi (Chuck) Pfennig also from California. 7 nieces and nephews, 12 great nieces and nephews, 1 great great niece, 13 grandchildren, 8 great grandchildren. Tom was loved and adored by so many people and will be greatly missed. He enjoyed spending time with his family and making memories. Tom died due to complications of Covid pneumonia at Legacy Mt. Hood surrounded by family via Zoom, he went peacefully.

I miss my dad so much! He was a great caring person. I will miss his smile and the way laughs, the way he gets choked up talking about his family or the silly things he says. I will miss his insane button making and how he takes pictures of everything. My life will never be the same with him not here. I love you dad so much 💙
- Carol

Tom has always been the forever friend that always made a point to say hi I feel so lucky to have known him & he will always have a special place in my heart all miss you Tom today and everyday I'm in hosp for that Terr same virus. With phnemonia on top I know the fear you must of felt my heart goes out to you & your family💕💕💕💕💕
- Lori kaser

Condolences to Tom's family. I met Tom thur my son they were roommates. He always had a smile on his face and a hello when I came to visit. He was a kind heart. He will be missed.
- Sharon Wooten

To my family. As we mourn the loss of our brother, father, uncle, grandfather and great grandfather we must remember all the memories he gave us. My brother was a quiet man with a heart of gold and I am so thankful he was my brother. Rest in peace in the loving arms of God.
- Marlene Wheat