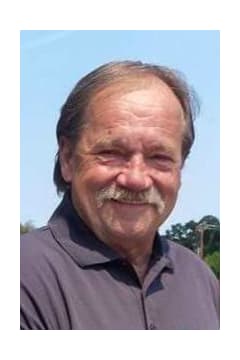 Terry Robert Ostrom was born December 29, 1950 in Eureka, (Humboldt County) California to Pauline Fern Waugaman (1925-1997) and Robert Ernest Ostrom (1925-2003). The first years of his life were spent living in tents and camping with his mother while travelling between California and Oregon with his father who was a logger. It was an exciting adventure he and his mother would say. His mother taught him to read early while entertaining little Terry all those many hours in a dimly lit tent on the road. Brother Scott Ernest later joined the family. Soon after, the family moved and settled in Milwaukie, Oregon, where other family resided.
Not long after his parents divorced, his mother Pauline and grandmother purchased the building to become the well-known 82nd Avenue Bowl, across from the 82nd Avenue Drive-In theatre. He and his brother’s handprints decorated the entrance. It housed 12 lanes and was deemed “the friendliest house in town” of all of Portland bowling alleys in the day. At the time, Portland Bowling Association sanctioned 722 lanes. There Terry learned to bowl as a young boy, alongside many PBA players, achieving a high average earning awards and playing in many leagues well into his twenties into the 1980’s, at Sandy Lanes, 20th Century, Grand Central, Amatos and many other popular Portland venues. As a teenager, he like many in the day, joined The Bishops, a garage band and played drums playing at Teen Fairs at the Coliseum, Salem Armory and other halls.
Terry attended Clackamas High School and shortly after married Nyla Kahler in 1969. They had a son Kevin Todd. They divorced. In 1977 he married Cheryl Simpson and they had a daughter Sara Anna-Marie in 1981. They divorced. He later married Kimberly Sabrina Case in 1997 and stay married until her death in 2006. He later settled in Estacada, Oregon.
Terry worked most of his life in construction and for some time at the Safeway Distribution Center in Clackamas. He enjoyed camping, fishing and boating along his beloved Clackamas River, the north fork especially. He was a great bowler and pool shark, carrying his custom made pool cue to many pool tournaments in the area. He loved his many cats throughout his life as well.
Terry leaves behind his children and grandchildren, his brother and nephews. At his request, there will be no public service. Survivors include his close daughter Sara (Ostrom) Schubert, her husband Ryan, and his grandchildren Julie and Corbin.